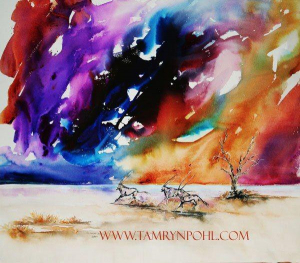 The sound of a million silent things, my ears straining for anything to prove that they still work. Eventually a quiet crackling enters my reality and it takes a while to comprehend what it is as there is nothing, no grass for insects, no water to trickle, nothing for wind to rustle. It’s the salt! I never knew you could hear a condiment, but it seems that when your ears have nothing else to hear, a dining table accessory will do. To be fair, I am sure the sun beating down on the harsh, cracked, dining table flat moonscape has a lot to do with it. Sunglasses are a must, the glare from white and blue with a dash of raw sienna in the far distance, bouncing and shimmering with vibrant heat and energy overwhelms your senses. Plate sized flakes of salty grey earth peel off this impossibly flat ancient lake surface like the skin of a dehydrated sun worshipper. On the horizon mirages float in mid air, its difficult to tell where the pan ends and the sky begins. The curvature of the earth is so prominent you don’t need a fish eye lens to enhance it and flat-earthers may need to adjust their belief system somewhat.

My time on the Magkadikadi pans was surreal. I had no idea this place existed, so much for my education at a fancy private school in Harare. I loved geography so its unlikely I fell asleep during that lesson. That behaviour was reserved for maths. Anyway, it makes for a wonderful surprise. Adding that this was in the day before travel apps and google earth, it was as if I had found a particularly wonderful easter egg. Part of the super lake that covered most of southern Africa at one stage in history, this is all that remains.

Islands of grass scattered across this vast flat inland lake of more than 8500 sq km, that was no longer a lake. Blue skies that were literally endless, a flat blue, cerulean perhaps. Not the deep, clear blue of early winter in Africa, that kind of blue that makes you realise how pure the atmosphere is before the bushfires and dust fill it later on in winter. This blue is light, dry, and just says “its hot!” The surface of Makgadikadi pans are light grey, flaky with minerals and dry salt, plates of the stuff can be pulled off. Cracked with fissures in the dry mud and calcrete clay. You see its not always dry.  So don’t joyride in your souped up landy or cruiser, off the well worn roads, you may find yourself axle deep in clay, hundreds of kilometres from pretty much anything! There is a time of the year in Makgadikgadi when the lake is full of water, granted, not deep water. Apparently 40m at its deepest depression, but for a very large areas, a few feet deep. Makgadikadi is the remnants of an Ancient Great Lake that covered most of Southern and Central Africa. The waters gradually evaporated over time after the plates shifted, causing the Kavango river to turn into an inland delta, known today as the Okavango Delta. Makgadikadi is empty most of the year and during the rains, water flows out from two main rivers and off the desert to sit in the clay basin, depressions to fill and form vast pans, spread over an area of 10 000 sq km in size, but not very deep. The rainy season brings life to these desolate pans, it is the most important breeding ground for thousands of the lesser and greater African flamingos which fly in for their summer soiree from East Africa and Namibia. They create islands of pink in this grey and blue world, hatch new baby flamingoes and scoop up the nutrient rich water and mud, sieving out the minerals, newly hatched crustaceans and the blue green algae which are released from the mud that make up their diet. Also coming in for the wet summer months out of the dry kalahari that surrounds these pans are massive herds of zebra, springbok, impala and wildebeest, one of the largest migrations outside of East Africa. And as always following all these tasty herbivores are prides of lion and other carnivores. Suddenly this world is saturated with water and life. The grass turns green and frogs and all sorts of insects hatch and breed like crazy in the tiny window they have been granted by nature. The usual residents of this world who stick around all year come rain or not, must be quite astounded by the arrival of all these beasts. Meerkats live here all through the dry season, having adapted to desert conditions over millennia. Brown Hyena also live here, their diets subsidised by scorpions and desert mice until the green season. They eat melons found growing on ground creepers as one of their ways of getting water. The first time I saw a brown hyena I was amazed at their incredible luscious fur, long soft tendrils blowing in the wind, beautiful sepia colours mixed in with burnt sienna. Huge dark eyes and pointy ears. They are beautiful animals and I had the absolute pleasure of seeing some with cubs.

The entire area is rife with stories of famous explorers and hunters as this was one of the main routes north from South Africa. Thomas Baines, artist and explorer, travelled this route. His famous baobabs are on the tourist route close to the pans.

Riding a quad bike is one of the ways to see the pans, and is offered by a few camps in the area as a day trip. I was fortunate enough to be working in a lodge on the edge of the pan for a while and was lucky enough to experience their starlit dinner and to sleep on the pans. The lodge shall remain nameless, as at the time I was there it was a special treat that guests didn’t know was on offer and was a surprise. Sleeping on the pan is one of the most incredible things you can do, the stars are so thick and bright, its difficult to see the black sky in between. There is absolutely no air or light pollution. I feel as though it is one of the most spiritual places on earth, the connection to the Universe can be felt like nowhere else I have ever been. Botswana was an experience and once again I am reminded of the diversity of different African countries, not only in the landscape but also in the people and cultures. 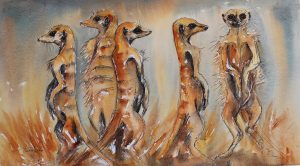 Here I met a family of meerkats. They were a ‘habituated’ group of meerkats that conservationists had taken great care to ensure didn’t feel any fear of humans, and so you are able to sit amongst them while they scurry around doing meerkat stuff. Babies will curiously trot up and sniff your feet, as their adult family members get on with the day to day task of digging up scorpions and other insects and invertebrate for lunch. They seemed a bit smaller than I expected them to be. Maybe due to their large personalities when you watch Nat Geo Wild.

Meerkats are not cats at all, but are a member of the mongoose family and live in ‘mobs’ of up to 30 or so animals. There are important roles to play, when you are in a Meerkat Mob. You may be the ‘lookout’ or sentry, sitting on the top of the only tree for elevation so danger is easier to spot. You may be the nanny who takes care of lots of little naughty meerkats when every one else has gone to have fun, looking for centipedes. Living in tunnel systems under the Kalahari sand which they dig themselves, because its cooler underground in the intense desert heat, they are diurnal, but always forage close to home so they have an escape route at the first sign of danger. There is usually only one breeding pair per mob and the rest are made up of their offspring. The good of the Mob is all important and they will band together to intimidate predators or other groups of meerkats by hissing threats at them. These little guys were such a pleasure to be with, and a huge hit with the clients as you can well imagine. Numerous photos of clients with a meerkat sitting on the end of their monstrous camera lens or on their fancy safari hats whilst trying to take their own photographs of these meerkats have been captured. Incredible characters and true desert natives.

Makgadikadi will blow your mind, it’s one of those places that no matter how often you see it on tv, or have it described to you, you cannot be prepared. Like the Amazon, I guess. It’s unexpected and unique. For an artist it’s a spiritual journey of inspiration. 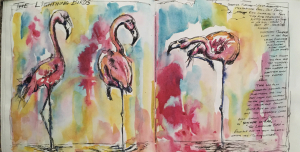 WHO WILL SPEAK FOR THE TREES??